An edited version of this has been published! ---

Onwards and upwards, as they say:

Spring reorientation flights of landbirds are a rarely studied phenomenon. Observed and previously defined by Lewis (1939) and Gunn (1951) these flights consist of birds flying diurnally in a southerly direction, opposite to what one would normally expect of a spring migrant in North America. Sandspits along the north shore of Lake Erie, Ontario have commonly harboured these flights (Burrell 2013, pers. obs.), while reorientation flights have also been observed to occur in the fall throughout the Atlantic Maritimes (Richardson 1982, McLaren et al. 2000), New Jersey (Weidner et al. 1992), and Fennoscandia (Åkesson 1999). The Pelee region in particular has regular flights involving dozens of species and thousands of individuals, predominantly in May (Lewis 1939, Gunn 1951, Burrell 2012 and 2013). These substantial flights have raised questions about the physical demands placed on the individuals taking part; as the elevated energy requirements of migration on passerines is well documented (Richardson 1978, Bairlein et al. 2012). This note documents an unusual observation of a Summer Tanager (Piranga rubra) foraging during a spring reorientation flight.


On 12 May 2014 Holden was observing a reorientation flight at the southerly tip of Point Pelee National Park, Ontario, Canada. As the morning progressed, many observers previously present (including Burrell) ventured elsewhere as activity was relatively light. Mid-morning Holden recorded two observations of Summer Tanagers; a first-alternate male (Humphrey and Parkes 1959) at 0924 EDT and an alternate female (Humphrey and Parkes 1959) first detected at 1009 EDT. While the male exhibited the expected behaviour of a reorienting migrant; that of steady flight southwards over the waters of Lake Erie; the female displayed unusual foraging behaviour during her passage. As she approached the tip of Point Pelee from the north at an estimated height of 50m, Holden raised his camera to document the individual. At this instant she made an erratic twisting flight, followed by a rapid descent to the southernmost trees remaining at Point Pelee. At this time it became apparent she had captured a wasp sp. (Order: Hymenoptera) and spent the following three minutes consuming her catch at close range. Upon consumption she made another unexpected move, rapidly ascending from her perch and immediately continuing her flight southwards over the open waters of Lake Erie. The sequence was captured with a Canon DSLR and 600mm lens (Figures 1, 2, and 3). An additional forty minutes of observation yielded no further observations of the species, or individuals.


The Summer Tanager is one of the quintessential “reverse migrants” in Ontario, where observation of reorientation flights have recurrently documented the species (Burrell 2013). With no confirmed nesting of Summer Tanager for the province (Reid 2007) observations here most likely pertain to overshooting migrants beyond their traditional breeding grounds. The individual documented here was presumably trying to leave Ontario, flying south from Point Pelee National Park over the open waters of Lake Erie, where considerable danger to diurnal migrants has been documented (Jehl and Henry 2010). With the mainland rapidly vanishing below, this individual managed the capture, descent and subsequent ascent with little hesitation. While it would be difficult to fully understand the energy expenditure placed on a single individual during a spring reorientation flight, this observation would indicate that the phenomenon is not engrossing to the point of stopping basic foraging instincts. We hope this observation can provide but a small piece to helping understanding reorientation flights in the future. 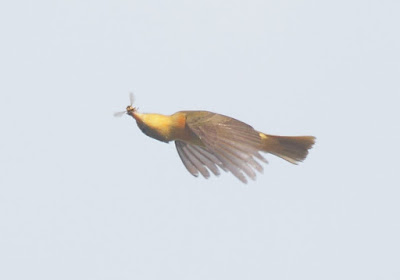 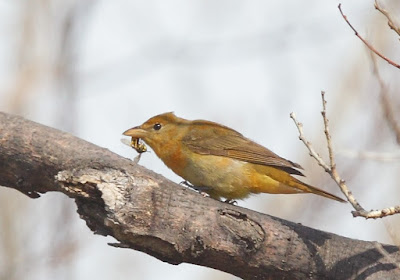 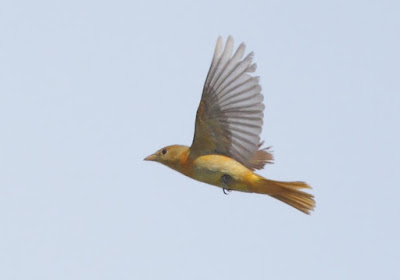 
Still digging through old photos (from early 2015)... Photographic proof of a Raccoon mortality due to a strike from a wind turbine blade. Check it out: 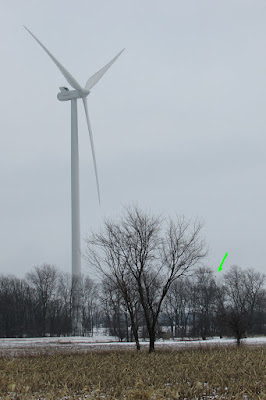 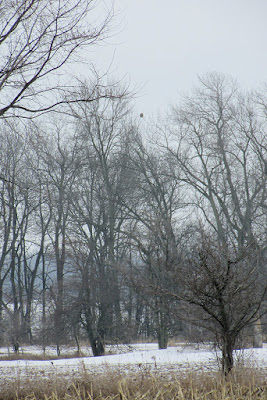 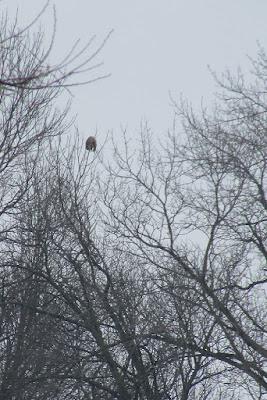 
At first - I thought this would make an interesting article somewhere. Something like, "House Sparrow (Passer domesticus), surviving despite limb impairment" ... After throwing up in my mouth a little bit, I wrote this post. 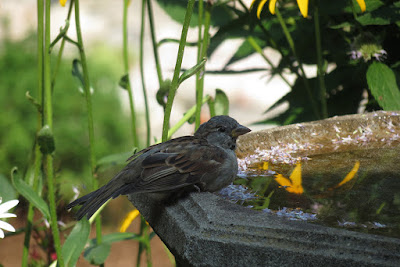 Waaay back when things were green - I saw this House Sparrow at my parents place in Burlington. They had seen him around for quite some time. In the above photo, the posture isn't particularly unusual - especially among young (lazy) birds. 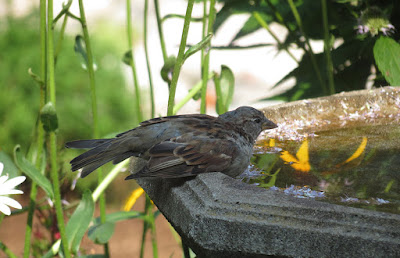 I was unable to capture the exact sequence - but the bird was well enough to consider bathing. In the above image, he is ready for launch. Below - he has flapped his way across the entire birdbath - through the water - and ended up on the other side. 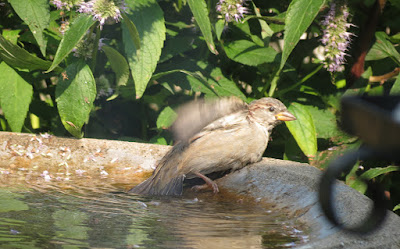 Feeding didn't seem like much of an issue either. In the image below, he had flown up to the feeder and carefully flopped into the perching ring. 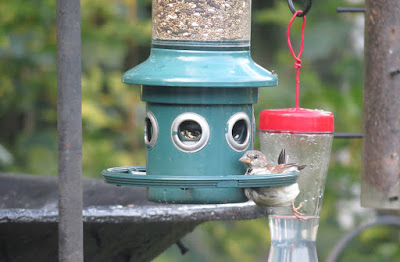 Overall it was rather sad to see the loss of function - but also uplifting to see him go about his daily activities without too much difficulty.