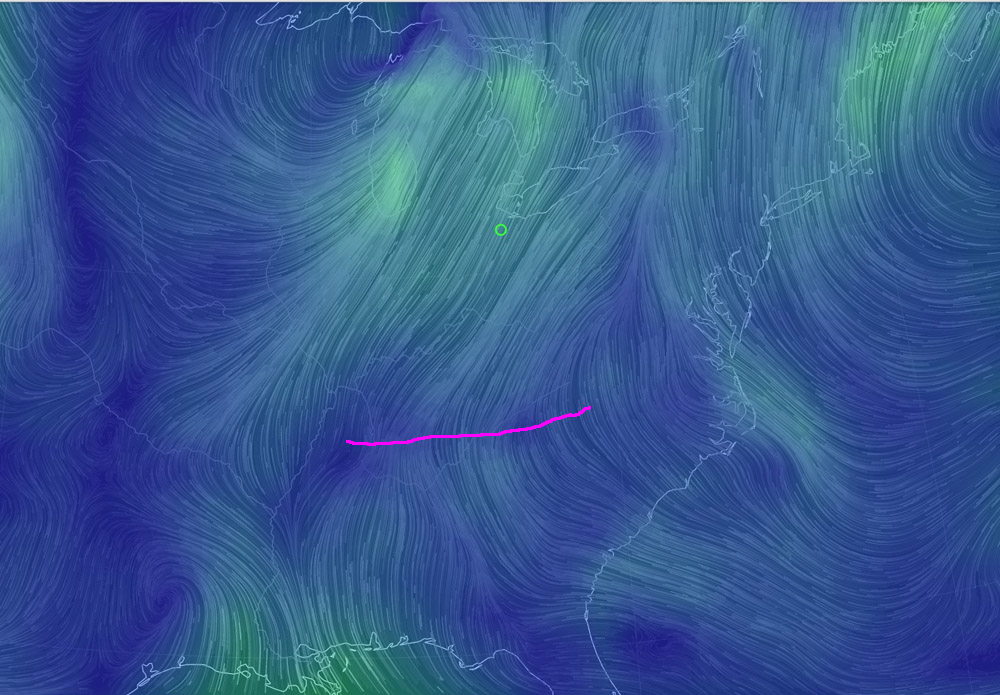 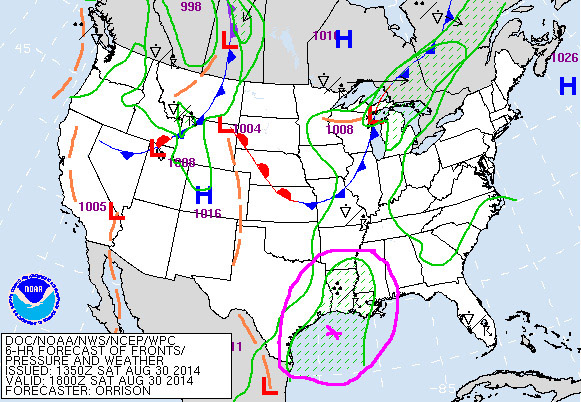 Hot pink areas drawn by me: here it shows the tropical moisture at 2pm Saturday 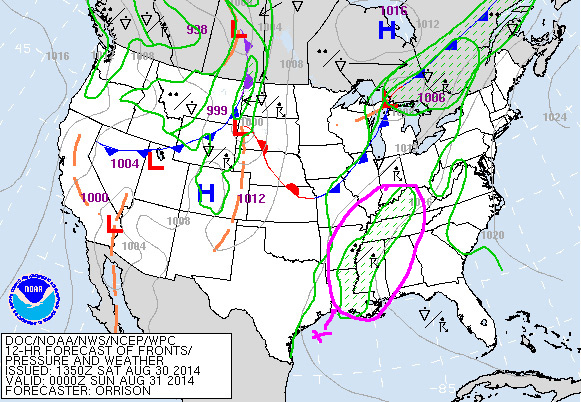 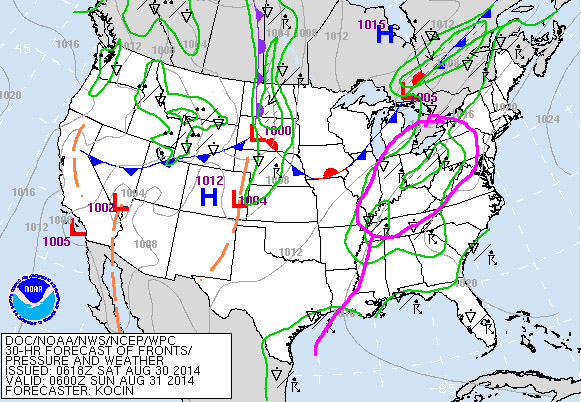 2 am sunday - moisture practically at (or over) Lake Erie already - looks pretty cool!

Then on Monday - fairly large storm over far NW Ontario, that could still bring us a few goodies...

None of these events are really mind-blowing, but it's great weather for unusual birds to show up - and I'm sure a Limpkin or Reddish Egret would really make it all feel worth-while ;)

NOT taken in Napanee! It's not worth making a blog post about - I got a little over-confident and went for the White Ibis for dawn the day after it was reported.. I didn't get it...

At least they're pretty...

Posted by Brandon Holden at 7:00 AM No comments:

Annnd another bit of BC bird photo goodness

They just keep on coming -

Posted by Brandon Holden at 6:00 AM No comments:

Wow! There we were (my lovely ladyfriend and I) - swinging on the swings at a local park in Guelph, when she spotted it!

A meteor/fireball streaking across the sky!

She saw it better than I did, but I caught the last second or so as it "broke up" and fizzled out high overhead. The time was 8:35pm... Looking like some sort of oversized (and silent) firework that put on quite the show during the breakup - and reasonably colourful as well...


The next day she sent me a few links that told us we were not the only ones to observe the excitement:

As you can see by the reports of others - it was darn impressive! A quick wikipedia search on the correct technical terms gave me this passage:


A fireball is a brighter-than-usual meteor. The International Astronomical Union defines a fireball as "a meteor brighter than any of the planets" (magnitude −4 or greater).[26] The International Meteor Organization (an amateur organization that studies meteors) has a more rigid definition. It defines a fireball as a meteor that would have a magnitude of −3 or brighter if seen at zenith. This definition corrects for the greater distance between an observer and a meteor near the horizon. For example, a meteor of magnitude −1 at 5 degrees above the horizon would be classified as a fireball because if the observer had been directly below the meteor it would have appeared as magnitude −6.[27] For 2013 there were 3556 fireballs recorded at the American Meteor Society.[28] There are probably more than 500,000 fireballs a year,[29] but most will go unnoticed because most will occur over the ocean and half will occur during daytime.
Fireballs reaching magnitude −14 or brighter are called bolides.[30] The IAU has no official definition of "bolide", and generally considers the term synonymous with "fireball". Astronomers often use "bolide" to identify an exceptionally bright fireball, particularly one that explodes (sometimes called a detonating fireball). It may also be used to mean a fireball which creates audible sounds. In the late twentieth century, bolide has also come to mean any object that hits the Earth and explodes, with no regard to its composition (asteroid or comet).[31] The word bolide comes from the Greek βολίς (bolis) [32] which can mean a missile or to flash. If the magnitude of a bolide reaches −17 or brighter it is known as a superbolide.[30][33]

According to that text, I would say we could be fairly confident in calling our observation a "bolides" - as it was exceptionally bright (considering it was still twilight - no stars yet visible) - and we could see it "break up" as it ended...


Anyways - that's all I can really write! It was freakin cool, although (as you might expect from a swingset observation) - I don't really have any photos or anything to accompany this post.

Never ending excitement in this world!

Still plugging along with the B team photos from BC -

Posted by Brandon Holden at 10:26 AM No comments:

Not exactly NW wind lakewatching birds, but I'll take the new patch bird (HAWO=198) - it's also #174 for my condo proper.

Home late in the day - 10 Bonaparte's Gulls on light NE winds were my first of the fall (and a good sign!)

A major highlight was one of the flyby  Osprey - carrying a very large goldfish! If only I had a camera... No Jaegers though... I'm also not sure when it happens, but at some point - all the Common Terns seemingly vanish (the locals) and we get left with these rare sightings of wandering/migrant flocks. It has happened!

August 21 - didn't watch nearly as much as previous days

Long-tailed Jaeger!!!!!!! But not at my condo... My lovely ladyfriend and I stopped at Van Wagner's (Lakeland) for 60 seconds before a juv LTJA flew right down the beach and directly over everyones head. Awesome!!! (10-15 feet away!)

But first, songbirds were evident from my balcony early. I scored:


Pretty sweet stuff!!! The Kittiwake was exciting as my first "pelagic" of the season, whereas the Forester's Tern is actually a much rarer bird for Hamilton at the time/year - but lets be honest - the Kittiwake was pretty freakin great.

More to come! Tis the season!

Posted by Brandon Holden at 9:41 AM No comments:

It doesn't stop there. I wanted some WEME photos - and I got them!

Annd - that should be the majority of the SK stuff... Now what am I going to do for blog material?
Posted by Brandon Holden at 7:40 AM No comments:


Posted by Brandon Holden at 8:00 AM No comments: