Started with this bird on Feb 2 - strong impression of Nelson's Gull (Herring X Glaucous) on the Herring side of things, but very dark primaries and tail worried me. Especially with such hyper-bright-pink legs and bill... Why would a bird that looks 100% like Herring in the wings, look like 100% Glaucous in the bill? Shouldn't the bill be duskier? Or the primaries at least be somewhat paler than a normal Herring? 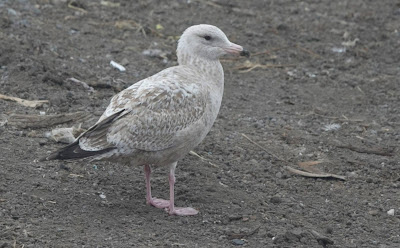 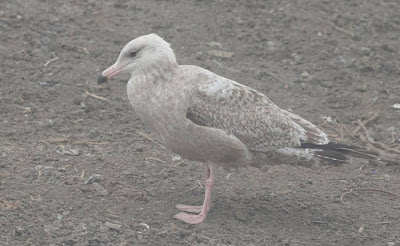 (Pictures taken in the fog, so they're a bit washed out)


Posted them online, and gull master Bruce MacT quickly pointed out that it looked like a Nelson's Gull.. hmm..

Fast forward to a few days ago, and I was on the lookout for this and/or similar birds. And I found them... 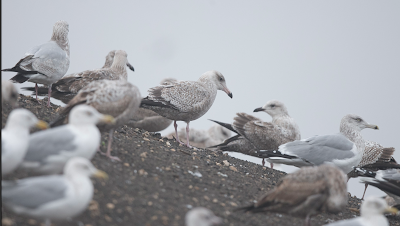 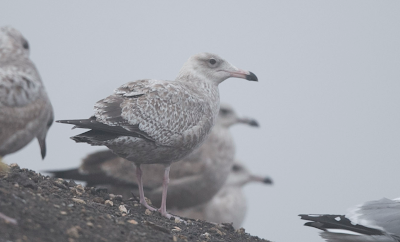 Looks so much like a Glaucous X Herring, that I was pretty darn tempted to call it a Glaucous X Herring... It also looks remarkably similar to the Feb 2 bird, but I'm reasonably confident they're different birds (lacking the hyper-pink bill/legs, greater coverts aren't as tidy, pale areas in the scaps are missing etc).

Problem though - it doesn't have paler primaries or tail - they look just fine for Herring... 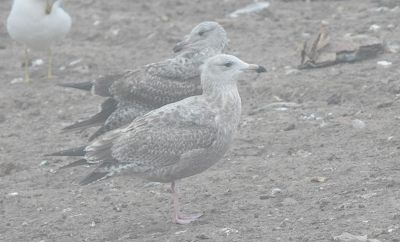 More Herring like, and appropriately titled as such (i think) - but not all that dissimilar to the first two birds... If anything, the duskier bill pattern would otherwise make me more comfortable in suggesting it had 5-10% Glaucous in it... 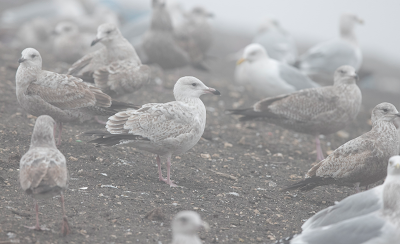 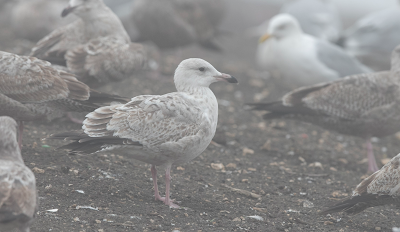 A ghostly first year Herring - and again, probably safe to call it such, but there are a lot of similarities between this bird and the ones posted above it... Enough to make me assume they're all Herring Gulls, rather than Nelson's?? (even the very Nelsony-looking birds I first posted?)

Things got really interesting when I noticed a few "older" birds that shared a similar look - very Nelson-looking beasts with pale plumage - but primaries and tail that look fine for Herring. Check out bird #5: 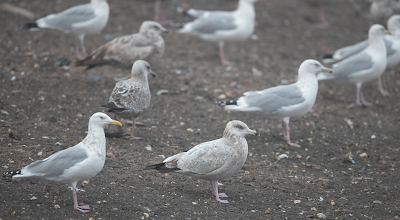 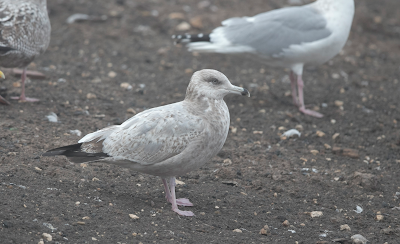 Gray mantle feathers coming in were quite a bit paler than typical when compared to the nearby Herrings... Which (I think) is interesting given that subjadult pale mantled gulls often look artificially "darker" mantled due to the brown immature feathers mixed in... typically i'd ignore a bird like this as "individual variation" in Herring Gull, just frostier than usual, but the next bird just piled it on deeper & higher: 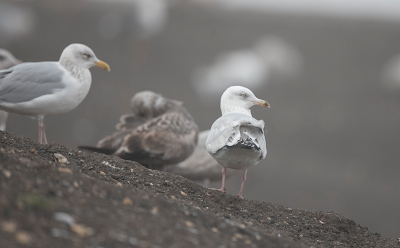 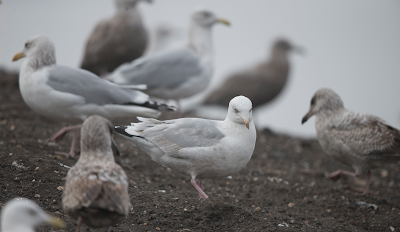 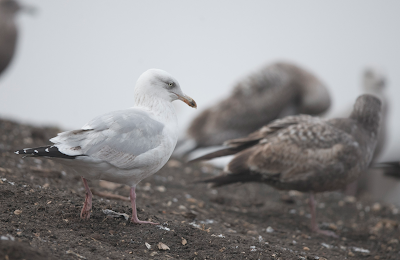 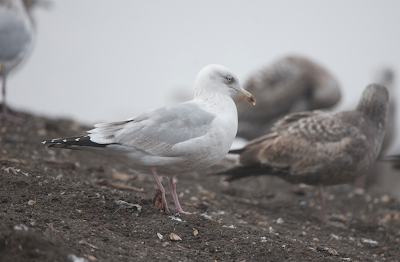 Surely this is a Nelson's Gull, right? Pale mantle - GISS like Glaucous... Except for those jet black primaries...

When working in the Prince Rupert, British Columbia area, I was impressed with how difficult it was to find a "pure" Herring Gull - >95% of the "Herring Gulls" I saw, seemed to have at least SOME measure of Glaucous-winged Gull genes...

After this recent dump-visit, I can't help but think there is a Herring Gull colony somewhere in the Canadian arctic, perhaps one of the northernmost colonies, where they all look a bit Glaucous-like, but are not readily producing F1 Nelson's Gulls...

Interestingly, there was also a Glaucous present: 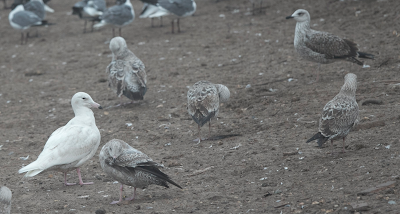 So what do you think? Are these birds Herring Gulls? Or did I see 4-5 Nelson's Gulls, at the same place and time, in south texas?