WAAY back on November 7, 2014 - I photographed an odd small cormorant fly past the condo in Stoney Creek... It was (presumably) a first-year bird, and did not match the characteristics I associated with first-year Neotropic, so I envisioned a future blog post on the "small non-neotropic cormorant"...

2.) - I learned a fair bit more about first and second year Neotropic Cormorants... Check out the blog post on that - as I will chat a bit about it (!):


SO - the time has come - to put the fingers to the keyboard (pen to pad?) - so I can delete the photos to make space on my computer... Without further ado: 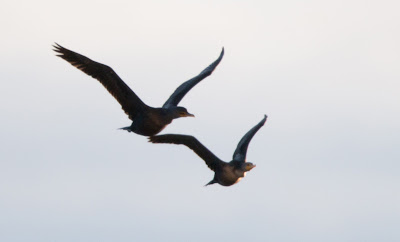 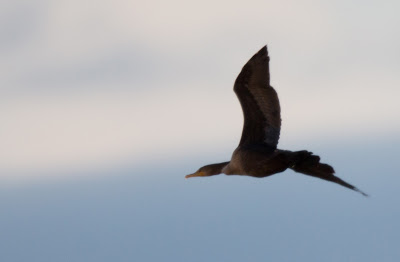 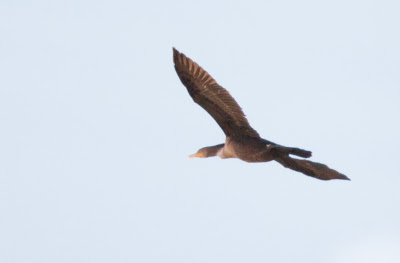 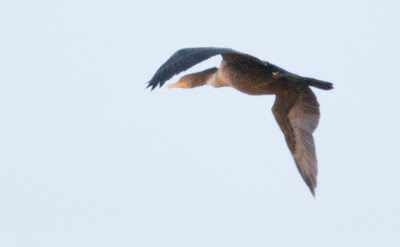 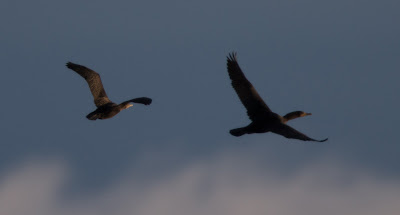 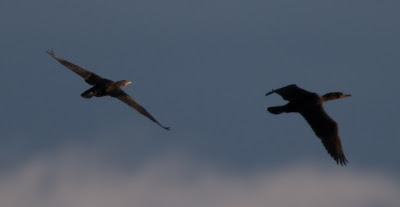 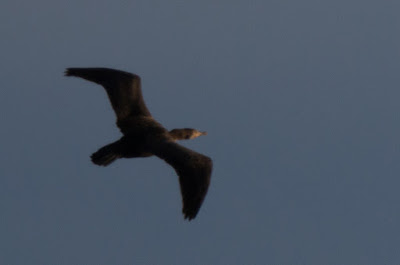 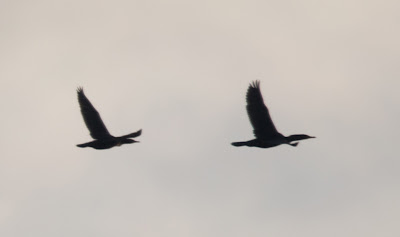 Here are two additional pictures that sum up my thoughts: 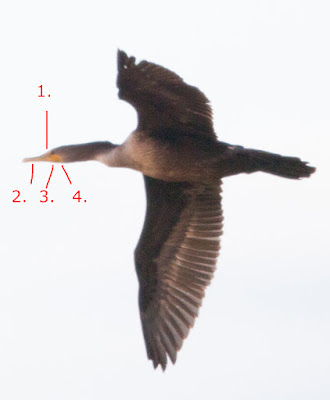 1. - Yellow lore stripe = DCCO (bad for NECO)
2. - Yellowish bill = DCCO, uncommon for NECO (which is usually pinkish)
3. Yellow throat pouch obviously brighter than the rest of the face/skin (other than the lores) = more of a NECO trait, although I would expect NECO to be more contrasty than this (in typical individuals)
4. Non-pointy trailing edge of the facial skin = DCCO

1.) - long tail = NECO (not quite NECO long, but rather long for DCCO)
2.) - tiny "fingers" on the wing = more NECO (but very hard to accuratley asses, even with photos)
3.) - thin head and long neck, not unlike the tail = NECO
4.) - overall size was visibly smaller than the DCCO it was with

SO - the suite of overlapping features gives me that hybrid-feeling with this bird. Some features are flat out wrong for NECO, but I don't think anything in particular is a major strike against DCCO - so the hard-nosed keepers of the official record book won't be pleased with this post - but it's enough for me ! I have a metric ton of experience watching cormorants, and I've noticed that certain situations (eg,/ the 2nd bird in a travelling line) can make a bird "appear" smaller - but overall there is very little variation in the true body-size of DCCO's (especially discounting recently fledged/growing birds).


A real mess of a weather system impacted the southern gulf for several days recently - and had nearly all of the markers of a tropical system --- except that it wasn't, because the centre was nearly always over land... 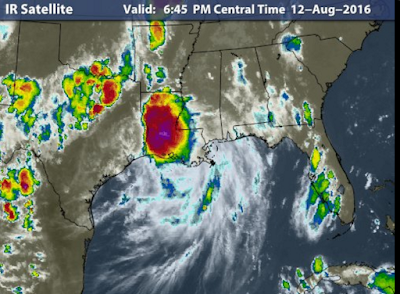 After a few days of soaking everyone and everything - the remnants of the beast are actually forecast to zip northwards and impact Lake Erie! 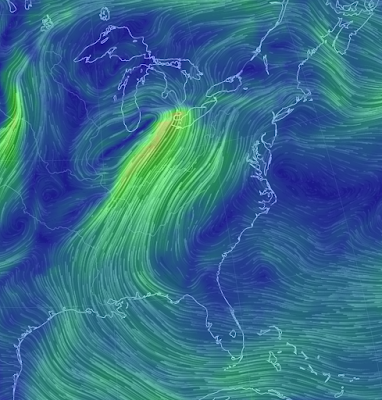 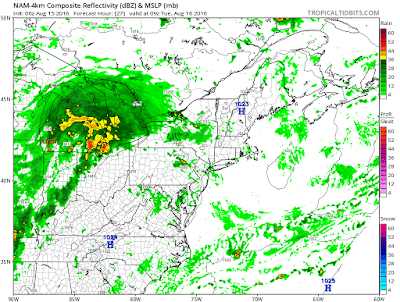 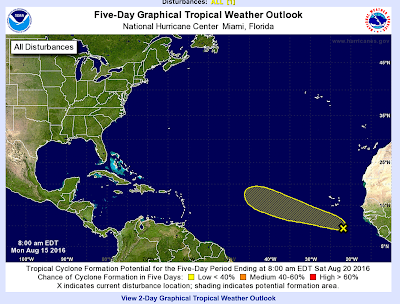 Hopefully in a week or so there will be a Cape Cabo Verde type system to watch!