I encountered this beast of a gull yesterday in Waterloo... Conventional wisdom would say it's an ugly intermediate bird in the new "Iceland" Gull spectrum, but I had strong impressions of Glaucous-winged while viewing the bird... Clearly it's not a Glaucous-winged, but a hybrid Glaucous-winged X Herring Gull seemed like a reasonable explanation (other than the fact I don't think there are any documented records of this hybrid in the Province...) I'm lucky to have pretty extensive experience with this combo (esp. for someone who lives in Ontario) during several trips to the northern BC coast... Here's my thoughts:

- it's pretty big (HERG size)
- it generally looks "broad" in flight (wide body, wide wings etc)
- it has a GWGU-ish belly
- has a slightly contrasting whitish head with a bit of a dark mask (something I associate with GWGU hybrids)
- the tertial/covert/scap pattern is crazy (tiny white flecks?) which I associate w/ GWGU hybrids, and I'm not sure if I've seen it on Kumlien/Thayer types...
- it has GWGU-like uniformity to the plumage (only slightly darker outer primaries and tail)
- the primary projection appear(s/ed) short
- it's difficult to tell if it's in juv or 1st basic plumage... (I wouldn't expect this issue with a fresh Kumlien's/Thayer's type?)
- there's something about how the feathers extend up the underside of the bill that reminds me of GWGU and not "Iceland" - but I haven't looked into it enough to be sure...

Here's 25 pics of the beast - what do you think? Am I on to something, or am I just getting rusty? 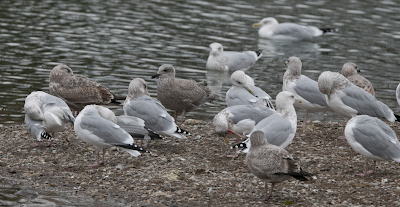 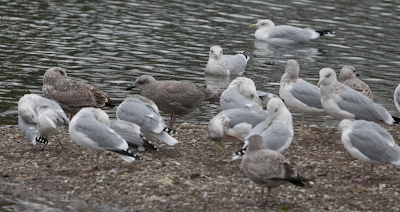 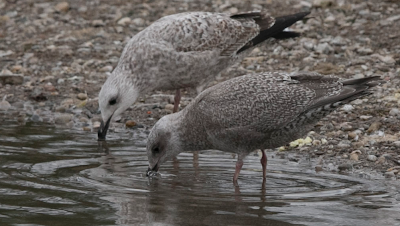 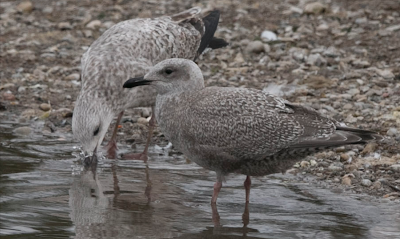 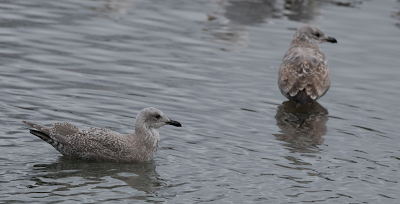 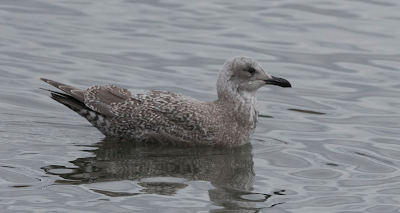 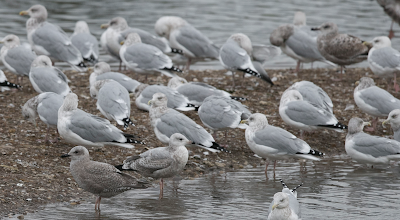 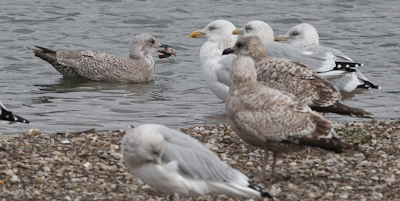 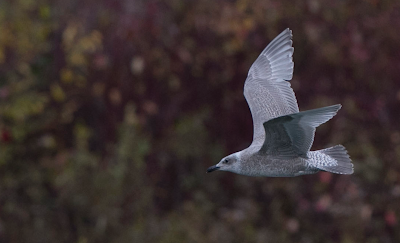 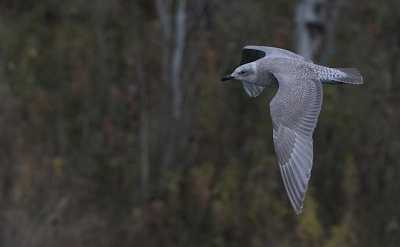 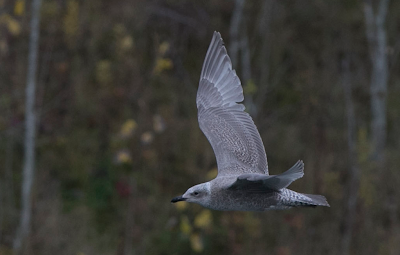 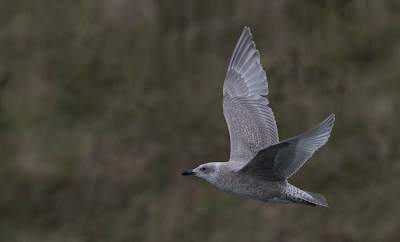 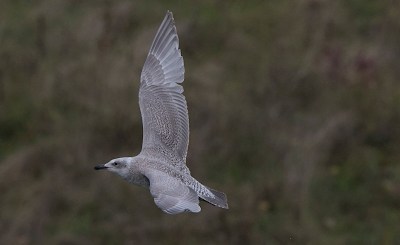 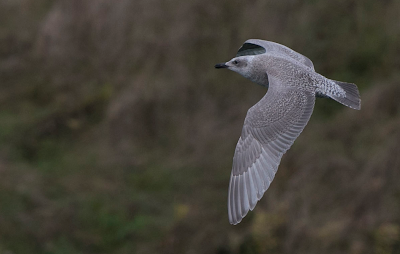 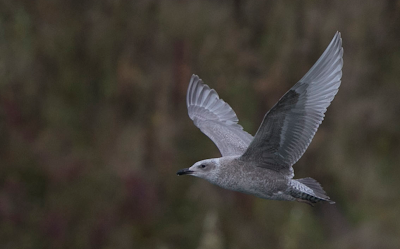 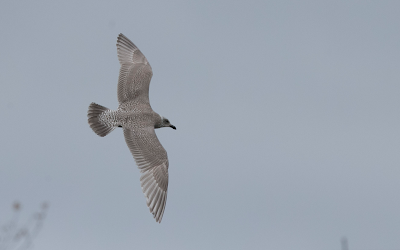 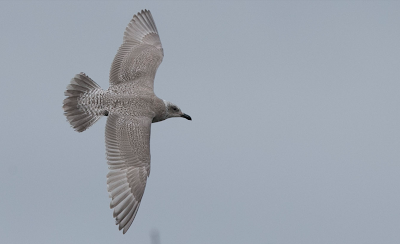 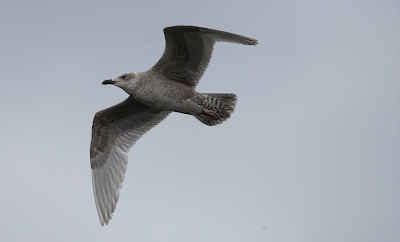 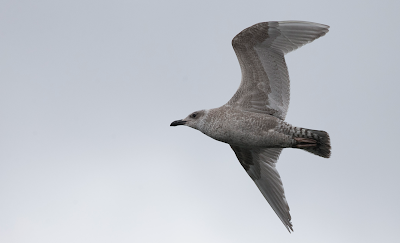