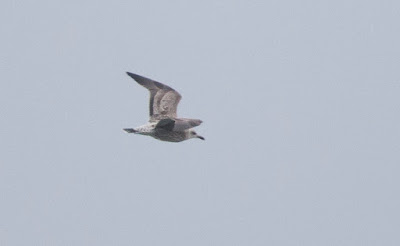 This combo seems to be surprisingly regular on the Great Lakes - and when I say regular, I mean "rare, but I see far too many hybrids and not enough vagrants" sorta way. It is the 2nd one I've had this year from my place alone... 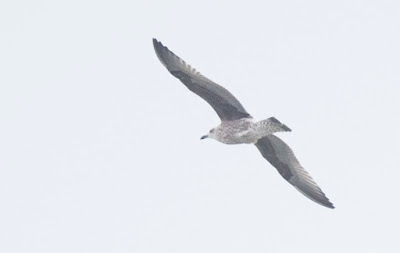 Typically I (we?) see adult birds, where their intermediate mantle shades make them stand out - tricking birders into calling them Vega, Western or even Slaty-backed Gulls... I have seen the occasional 3rd year bird as well... Only once before have I confidently said I've had a 1st year bird, and I don't mean to toot my own horn or anything but I'm inclined to say there aren't very many documented individuals of this age class (??). 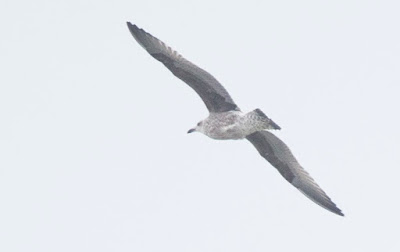 Anyways - it was an interestingly mottled (underneath) young gull... Not really like any of our regular gulls.. 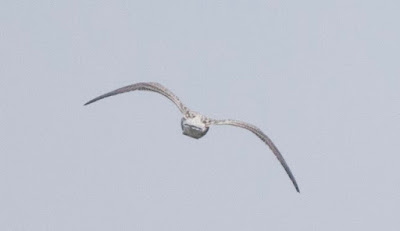 The dark wings gave it a strong LBBG or GBBG feel 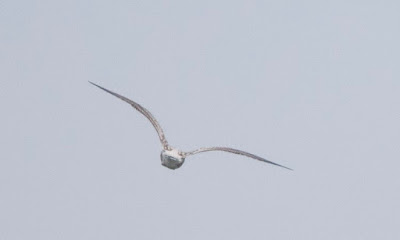 The white rump was all LBBG or GBBG too 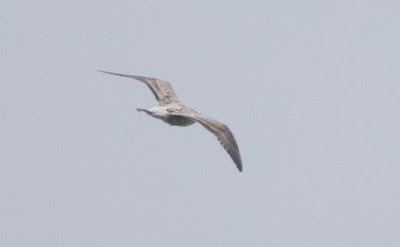 But it had that bit of a pale inner primary window, unlike GBBG or LBBG. Also a bit of a browner wash than I would expect for GBBG - although maybe within range for LBBG 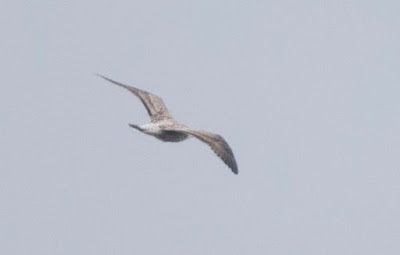 It's hard to tell from the photos - but it was also a BIG bird, unlike LBBG 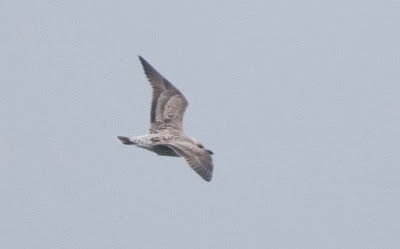 You can get a sense of the really wide wing (big bird) in this photo. ALso check out that tail - all dark - very much unlike GBBG. The molt timing (into 1st basic) is not like the LBBG's that are around right now. 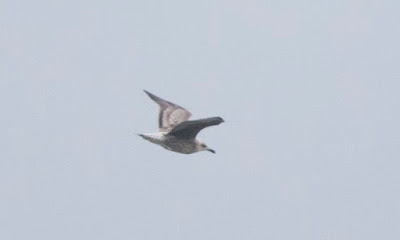 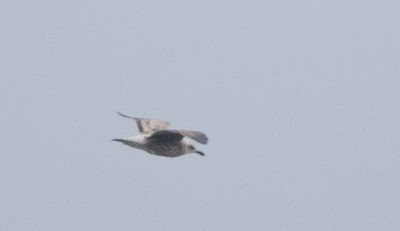 It is impossible to say a bird has HERG "giss" i would think, considering how variable they are - but it matches the pattern of GBBGxHERG hybrids perhaps being the most common hybrid we have around here in April through November. (Perhaps Nelson's is more common in winter). 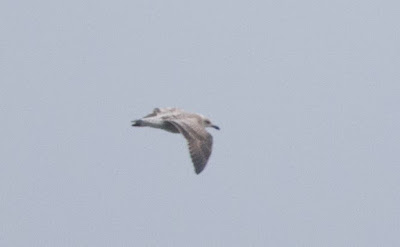 The checkered/streaky/blotchy pattern is more like Vega Gull or European Herring Gull - but the molt pattern is waay off for Vega (would still be juv garb) and Euro-Herring would not have a dark tail (plus the bigger GBBG ish giss helps separate it). 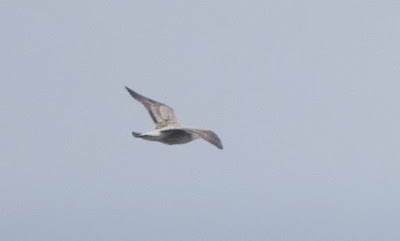 Yellow-legged Gull is an interesting notion, especially with the molt timing - but a big michahellis YLGU would not have that dark tail. 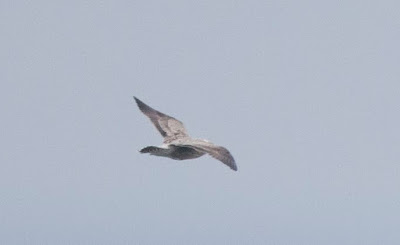 LBBGxHERG is another notion to consider, but once again I suspect that hybrid combo would occur in the far north (Baffin/Greenland north) and young birds should be in juv garb. The bulk is also pro-GBBG and con-LBBG, although perhaps not quite as useful as one might think, given that rarely hybrid gulls seem to have some gigantism issues. 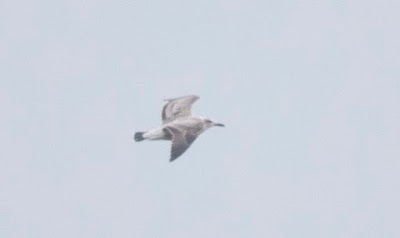 SO - for someone who enjoys gulls as much as I do - it was a pretty exciting bird. 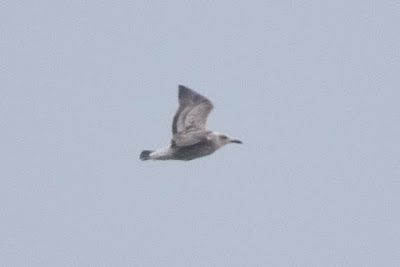 Posted by Brandon Holden at 1:45 PM