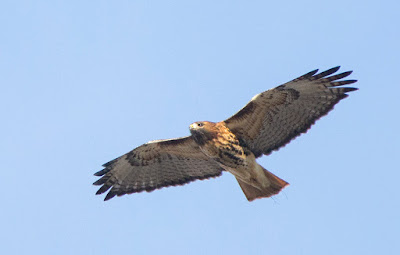 Back on Nov 17th, this absolute beaut of a Red-tailed Hawk was hanging out around my condo... 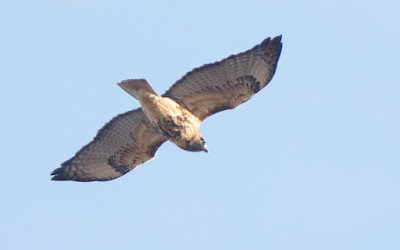 The photos are variable given the editing and light (shadow, sun, exposure adjustments, contrast, saturation etc).. 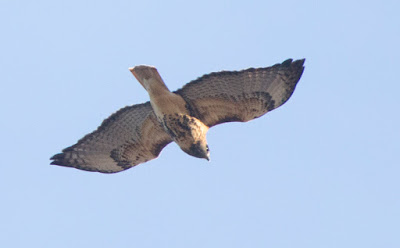 I also don't want to get too "carried away" with nailing this bird down as a "Western" Red-tailed Hawk... I was pretty surprised to run into dark morph "western" Red-tails in SE Saskatchewan a few years ago while working... Just how far "east" do these western birds go? Plus, others have taken interest in the "boreal" Red-tails, that are darker than our "carolinian" birds locally... I have always thought the northernmost "treeline" red-tailed hawks were the true "northern" birds, but it seems to be applied more to the boreal birds... Is there a difference? Does it blend with the "western" birds? Some even think the northern "eastern" birds can have a dark morph... Talk about confusing! 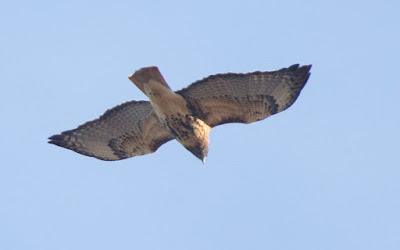 Clearly an adult with a Red-tail among other things...  Heavy contrast, heavy belly markings, dark throat/head with limited markings make this bird really stand out 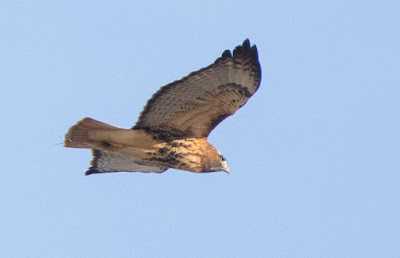 The one feature that really says "westerny" to me is the general lack of white anywhere on this bird. It's a creamy caramel colour everywhere our "local" birds would be white! 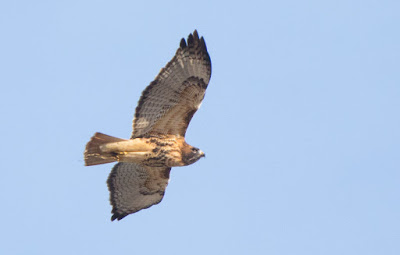 I am not sure if anything is really diagnostic, but after the "impression and general colour" point to western - I think the barring on the primaries really seems like an unusual feature but "on" for Western... It also has pretty bold markings on all of the flight feathers (lots of barring down the primaries and secondaries) 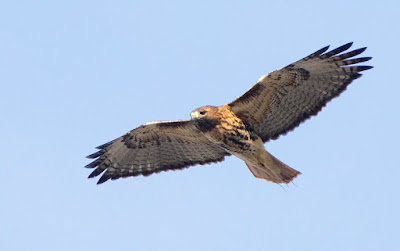 It's hard to see in many of the photos, but it also has some barring on the tail (visible here)... Eastern birds can show this, but it's a pro-western trait in my book. 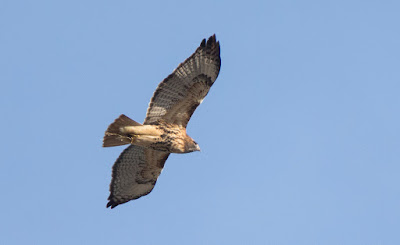 Over the years in Ontario I've had maybe ~15 "Dark Morph" Red-tails and ~3-4 "Rufous" Red-tails, so by the law of averages there must be a decent number of "Light morphs" around too, no? 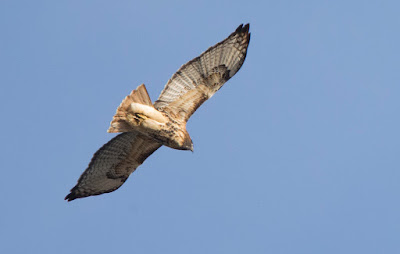 I have been trending away from doing much research before putting out blog posts ... I prefer to lay down what I know, and have someone else disagree if the situation calls for it. Feels like a great way to learn something to me. Let's see what happens!

Posted by Brandon Holden at 5:29 PM