The next one (weather)

Exciting weather of late! And another system is on tap. 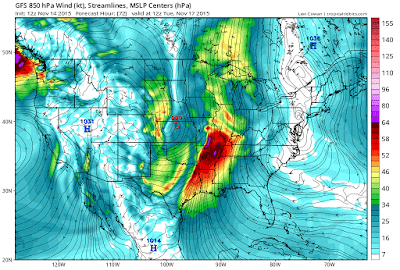 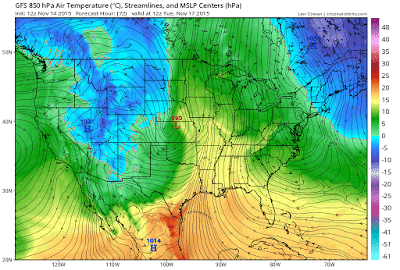 
A big dip in the jet over the western part of the continent is going to push a lot of warm air ahead of it. (Meridional flow)... 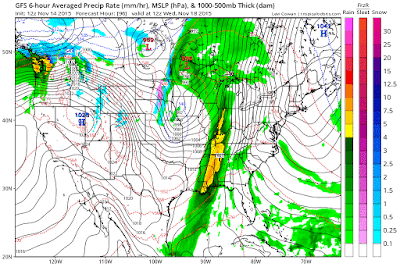 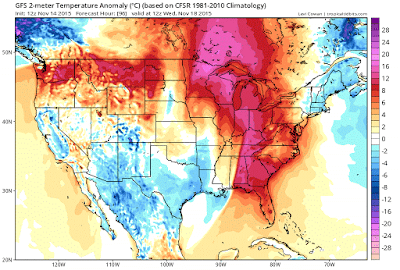 This is the classic Cave Swallow setup. It should be a very telling event to better understand the weather in relation to their movements  - primarily because Cave Swallows are already here! So what happens next? Do numbers continue to build? Is there an ever increasing number ready to move north, or will the "wave" (say, like spring Broad-winged Hawk migration) pass over us and leave us with less birds than before? That may be a bit of a stretch (especially because some will presumably move south again after each passing cold front) but I'm excited to see what shakes down.

Another unfolding story are these Franklin's Gulls - I noted that this last system looked pretty darn good for FRGU (in the comments, here) - but I'm not sure anyone could really predict why certain systems "pan out as expected" but others sometimes fall flat despite ideal setups. Anyhoot - with the FRGU, I am seeing a pattern in 2015 that the compounding effects of these weather events seem to be increasing FRGU sightings. Even before this big storm over the past few days, FRGU were turning up in unusual places... Then we had this monster low with far reaching winds - and huge numbers are being reported.

Similar to my CASW questions I can't help but wonder - will the FRGU insanity continue? OR was this last system timed well enough with their final hurrah before getting ready to leave North America? Unlike CASW, will they just head south and no longer be "around" to feel the effects of the weather? Presumably they'll leave, but hopefully they take their sweet time in doing so. The two lows in the above map are phasing and this system is going to rocket N fairly quickly: 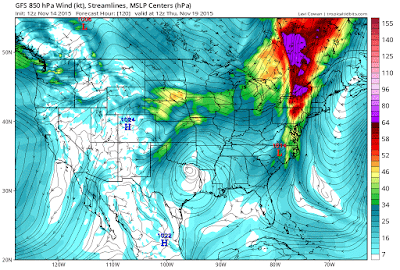 Not a whole lotta SW or W winds associated with the aftermath of this one... 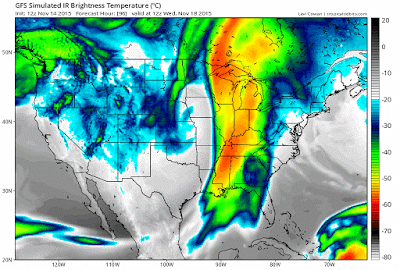 Posted by Brandon Holden at 7:00 AM