Another Monster on the Way (Rarity Alert)


The gales of November - in Mid November. 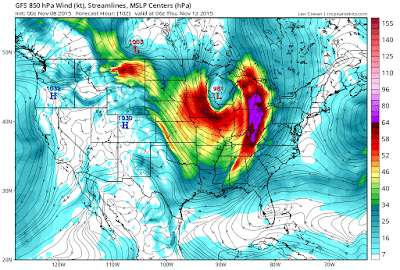 I am starting to feel like a bit of a broken record, as we are roughly lined up with the storm track (of late) with phasing late fall low's putting us in the crosshairs. Instead of breaking down the weather right away, I've decided to toot my own horn instead:

Decidedly NOT a Cave Swallow storm (and limited passerine potential), noted in advance. Instead there was some great lake watching and something about a rare goose in eastern Ontario. Rarity alert sucess!

Looked far more suitable for Cave Swallows and associated passerines, although noted that it was not a slam dunk due to the timing of the storm and some local precip/fog. Regardless, some CASW were found on Lakes Ontario and Erie  and a freakin Bronzed Cowbird appeared in upstate New York. Rarity alert success! 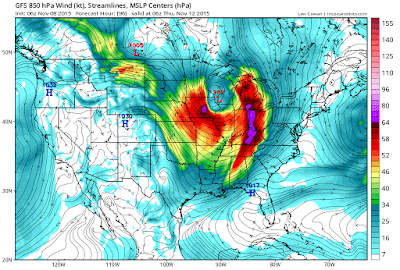 SO with my tooting out of the way, let's break this one down! 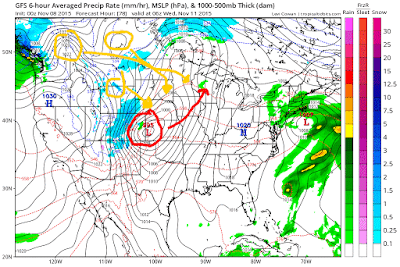 Red - a moderate Colorado low is going to move NE, and will phase with 2 to 3 weak centres of low pressure pushing in from the NW (weaker lows in orange). 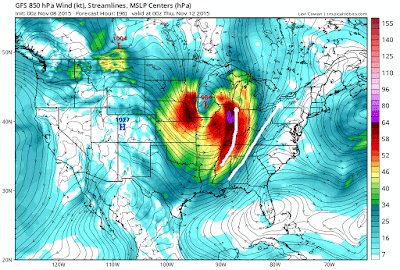 Due to the rapidly evolving nature of the cyclone there will likely be limited time in the Great Lakes for Cave Swallows (potentially worse than this last event), where suitable winds may occur overnight, but too late on Wednesday and rain spoils the fun on Thursday. The GOOD NEWS for Cave Swallow aficionado's is that they're already on the doorstep, so even a limited period of decent weather could yield a few birds (that is, of course, if you subscribe to the theory that they move north in stages, not unlike spring migrants).

The map above highlights the narrow/limited and short lived corridor of precipitation free airspace overnight from Weds-Thurs. The "all it takes is one bird" theory could be applied and some vagrants could be brought north on those winds, but overall it isn't looking as good as the most recent storm...

OF COURSE - it is important to remember that these maps are MODEL RUNS, meaning they are bound to change... If the storm slows down by 12 hours suddenly we could have a day of decent S winds (and sun) before having the rain fall overnight. Worth keeping an eye on! 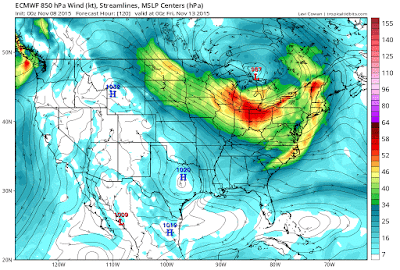 The part that is much easier to predict, and the part that I'm more excited for is AFTER the system peaks and we are left with the blazing "witches brew" of SW to W winds pushing in from anywhere between Kansas and North Dakota right to Lake Erie. The low is going to be very strong and right over the Great Lakes, so things will be squally and awesome at your favourite waterbird spots.

I'm betting on the best (worst) of the weather to be during the day on Thursday, but it could be good on Friday too. It's a classic November storm!

(I'm not sure why, but I have alcid's on the Brain. Tiny western alcids. Wouldn't complain over an eastern one either)