With a gale warning in effect (45kt SW) and predicted waves up to 5m, Fort Erie was the place to be (for me). I arrived at 8am, and was entertained enough to stay in the exact same spot over 8 hours. This time I actually brought food though, which was good because it was boring as heck at times; so I entertained myself by eating... I was joined at various times by Josh Vandermeulen and Dan Riley. 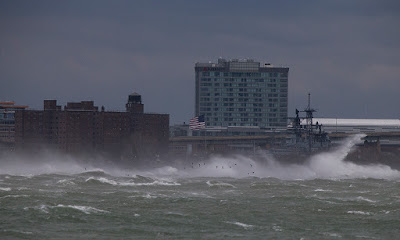 The wind was strong all day, but didn't really kick it into overdrive until a trough passed overhead around 1pm. Winds gusted to nearly 50kt, and Bonaparte's Gulls finally started pushing in off Lake Erie - but there was precious little mixed in with them. Perhaps my biggest highlight was watching  the water levels rise and drop and rise again. Things were actually starting to look pretty hairy around Fort Erie and Buffalo by dusk, as several roads appeared to be closed.

Below is a screenshot of the buoy from offshore: 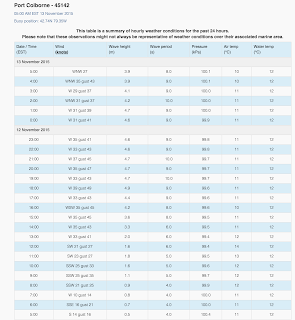 The "morning flight" of birds was not aided whatsoever by interesting weather, so I ended up watching the standard fare of gulls, ducks and cormorants wander in and out of the river - as well as a few feeding frenzies. Things started getting tossed around by 1pm (as noted) but there was a lack of unusual things about to keep one entertained as they were pushed in off the lake. 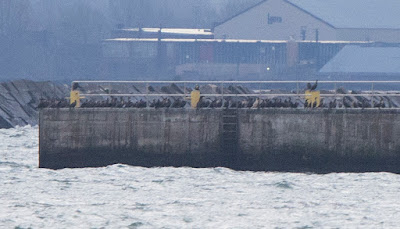 White one just right of centre


Check out my ebird checklist for more commentary on numbers etc:

Still a fun day to be out there! Although I do  have a strong "went the wrong day" feeling as the winds continue.... 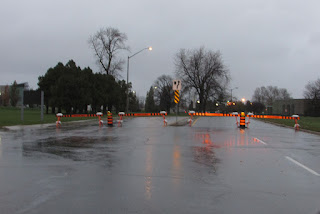 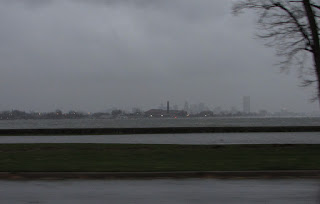 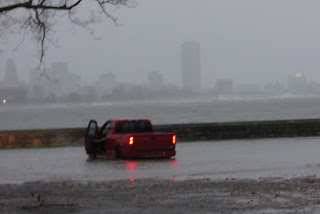 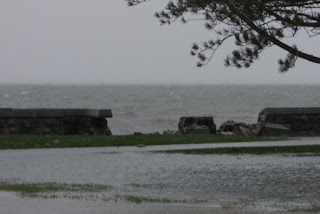 Wall was damaged in ~5 places along the shoreline

Posted by Brandon Holden at 8:54 AM