Condo birding! Haven't really "watched" all that much, but some cool birds still manage to fly past! Just the notable birds are listed below: 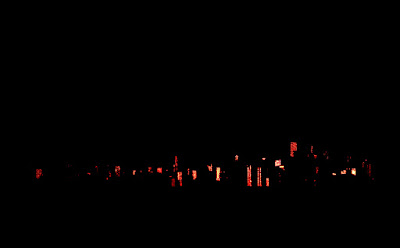 Photo of Toronto back in October (I think- maybe November) from my window... But who cares! Bring das birdies! -

Dec 18th- I woke up and said "hey! there's a big duck right on shore"... Sure enough, it was a female King Eider that spent nearly the whole day in the same area. A flyby Glaucous Gull an hour later was also nice to see. 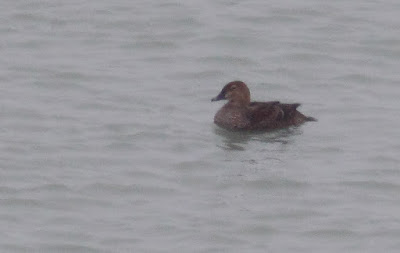 (taken from my office - as are all pics in this post)


Dec 21st - went for a stroll outside in the rainy weather. Managed the first (and loonngg overdue) American Tree Sparrow's for the "patch"... As well as a "patch" first Northern Shrike!

That afternoon an adult Thayer's Gull put on a bit of a show as well - feeding and perching below me along the shoreline ice for a prolonged visit. A young Glaucous flew by mid day. 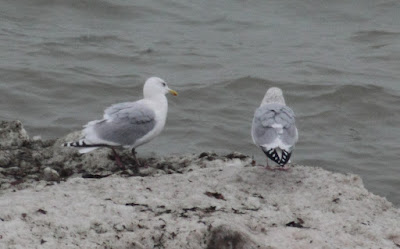 Not the best THGU ever... But also not the worst... Herring on right.


Dec 23rd - limited time looking - but post-ice storm I did note some Canada Geese moving across the lake. Bailing out post storm!


Dec 24th  - woot woot! I watched a bit more this day than previous days; and the birds were cooperating... NEW for the condo was a CACKLING Goose - that flew overhead in a large flock of Canada's... There was a lot of geese on the move - presumably bailing out of places further north where their precious food was frozen to the ground.

Gulls continued to highlight... There sure are a lot of Great Black-backed Gulls around... Have been all fall/winter.... Two young Glaucous Gulls (The Burgomaster!) flew past together. Tried to get a pic but my card wasn't in my camera (whoops). I had to settle (ha) for a STUNNING juvenile Thayer's Gull a few hours later. Check out my horrible pics below: 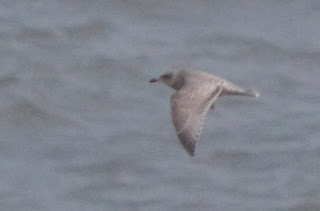 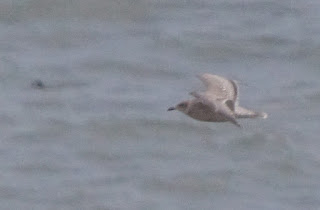 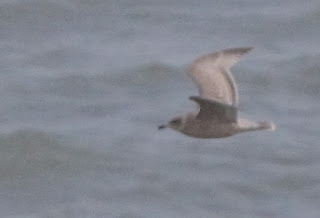 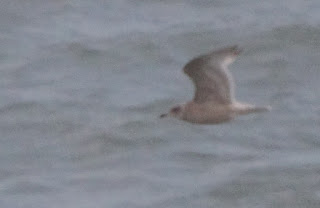 I always have a problem when it comes to a bird like this. A "classic" Thayer's Gull is a stunning bird to my eyes - yet when I try to show it off to others they typically look at me like I'm insane... Meh. Kinda used to it.


Dec 25th - Merry Christmas! I had an adult Glaucous Gull and a juv Iceland Gull while eating my morning cereal! Then I zipped out the door for some family holiday fun.

Scored a quick look at a Snowy Owl at the tollgate ponds and the 2 liftbridge peregrines on the way. The Bay froze over the previous night and the canal was PACKED with ducks.


Dec 26th - Hamilton CBC day!!! Too bad there was virtually no movement of birds to count this morning... Highlights were a female KING EIDER and a stunner of a juv female PEREGRINE Falcon that did a few very close flybys!

Mid-day went all cray-zay with a 3rd yr Glaucous Gull and a juv POMARINE JAEGER!!!! Now that's more like it! In fact, things were fairly interesting overall (after the slow start to the day). 2 Canvasback may be my only sightings of the year from the condo. 5 Redhead (flybys) are uncommon here. Both probably due to the recent freeze-up of the bay. 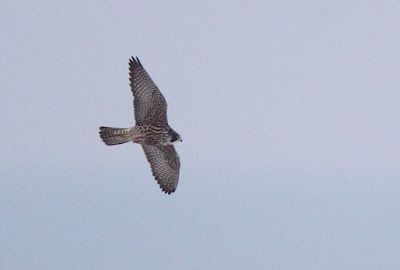