Bit late, but last week I had 3 more Common Buckeyes near Montreal
River Harbour on Lake Superior (120km north of Sault Ste Marie) in
fairly scattered locations. After having seen some fresh 2nd-gen
individuals a few days earlier near Kingston, I felt like my sightings
were of fresh immigrants rather than any sign of local breeding.


There was a dramatic drop in insect numbers otherwise compared to my
visit two weeks earlier, but some species (such as the larger frits
and White Admirals) had emerged after being absent earlier. 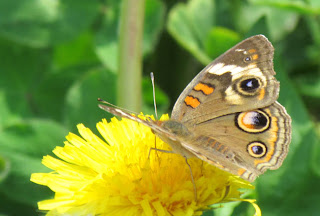