Woo! I loves me some butterflies..... Here's the skinny on my recent trip to the island: 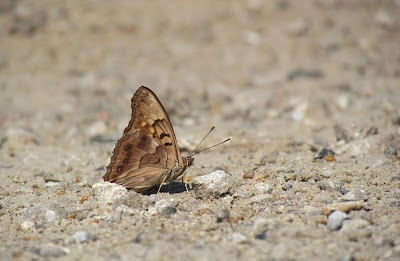 My first Tawny Emperor pic that I'm happy with! :) 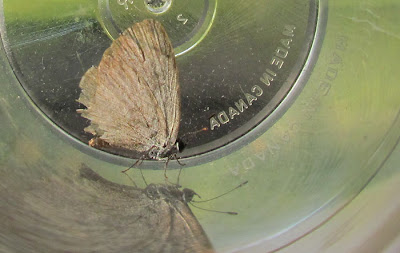 My super-duper worn "blue" sp.... It was too large for Eastern-tailed, and every single Summer Azure I saw (hundreds) was very fresh and obvious.....  Could it be a worn azure? I also wondered if it could be a Marine Blue???

Not that its very exciting to see a totally feature-less butterfly and hope that its something rare, but.......... ????

Posted by Brandon Holden at 9:41 AM